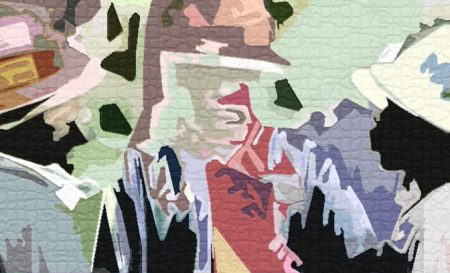 ALKINEMOKIYE (FROM STRUGGLE DAWNS NEW HOPE): September 15, 2011 . 8,000 of the 22,000 Freeport Indonesia workers went on strike, demanding a wage increase from US$ 3.5 to US$ 7.5 an hour. It was the longest and most widely participated worker strike since began operations in Indonesia in 1967. July 2009 — November 2011, at least 11 employees of Freeport and its sub-contractor were shot dead by unknown gunmen. In the last 10 years, Freeport disbursed US$ 79 million in ‘security funds’ to Indonesian officials. These event are but footnotes in the history of the world’s gold-mining giant…

A snippet of footage and chatters around the Freeport strike in West Papua. The Freeport workers’ union says it is a matter of simple “revenue transparency”, the international trade union says the dispute “has nothing to do with” West Papua politics, and a worker recorded in his video testimony that the walk-out was something “important” and worth keeping.

Video from the three month long strike at Freeport Mine in West Papua, police repression and actions in solidarity with the miners. Produced by traverser11 with music by Airi Ingram.