The Indonesian military has big plans and has made some big purchases. They have just acquired 8 units of AH-64 Apache combat helicopters from the US. The helicopters are manufactured by Boeing and will be delivered between 2015 and 2017. 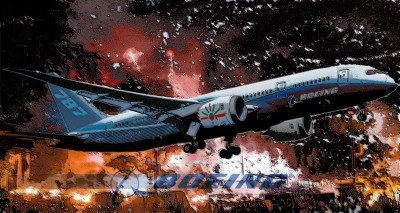 Meanwhile, the Indonesian military in Papua were breaking out their best current hardware, bringing attack helicopters and dozens of armed soldiers to clear out protestors and provide “security” for Melanesian Spearhead Group (MSG) officials during their recent fact-finding mission. Forty-seven Papuan protestors were arrested, including elderly West Papuan environmental activist, Mama Yosepha, winner of the Goldman Environmental Prize in 2001.

In separate incidents, hundreds of students of Cendrawasih University (UNCEN) demonstrated in Jayapura calling for West Papua to be admitted to the MSG, and West Papuan students in Jakarta blocked the car containing MSG delegates en route to a visit with Indonesian President, Susilo Bambang Yudhoyono (SBY).

Despite these attempts to reach the MSG delegates, Indonesian officials managed to prevent the MSG delegates from meeting with a single West Papuan activist during their stay. Many Papuans regarded this as a failure of the MSG visit, since indigenous Papuan leaders were entirely excluded from the process.

Victor Yeimo of the KNPB wrote (translated from Bahasa Indonesia):

We can honestly say that the mission of the MSG delegation led by the Foreign Minister of Fiji, Ratu Inoke Kubuabola, did not successfully monitor and look for the facts and the condition of human rights violations in West Papua.

Elsewhere in Puncak Jaya, a “security operation” of 25 soldiers and police led to the deaths of 3 West Papuan separatists and 1 Indonesian soldier in a gun battle. The Puncak Jaya region, also home to US gold and copper mining giant Freeport-McMoran, has been the scene of an ongoing series of violent skirmishes, with more than 50 people killed in clashes late last year.

The TNI’s new Apache helicopters will be a very valuable tool in their effort to eradicate the remaining indigenous people still anywhere in the vicinity of major mining operations.

In addition to buying all these weapons, Indonesian military and police have also received training from the US, Australia and other nations. Recently, a New Zealand police training project in West Papua has been accused of providing “aid that kills”, as NZ-trained police were said to be involved in a brutal crackdown on West Papuan activists.

A Papuan farmer described his treatment at the hands of these police:

They broke the door in. They fired pistol shots into the sky outside and two policemen inside shot pistols into the ceiling. There were 15 of us in the house – me and 14 students.

They used their boots to jump on me. I was beaten on and off from 3am to 10am with rifle butts and wooden sticks. They were yelling, ‘You are OPM. You are stupid’.

At 11am we were taken to police headquarters. I had blood all over my face. They kept us in the police van at the back. No food, no water, no toilets. Next day at 1pm we were let out.

While western governments pay lip service to promoting democracy and human rights, the trail of weapons sales, training and aid leading from US, UK, Germany, Russia, Australia, etc. straight to dictators and oppressive regimes for the purpose of subjugating their people tells a very different story.

As Papuan activist Buchtar Tabuni puts it to New Zealand:

Maybe it is time New Zealand is thinking about Papuans. New Zealand government funds to Indonesia should stop. 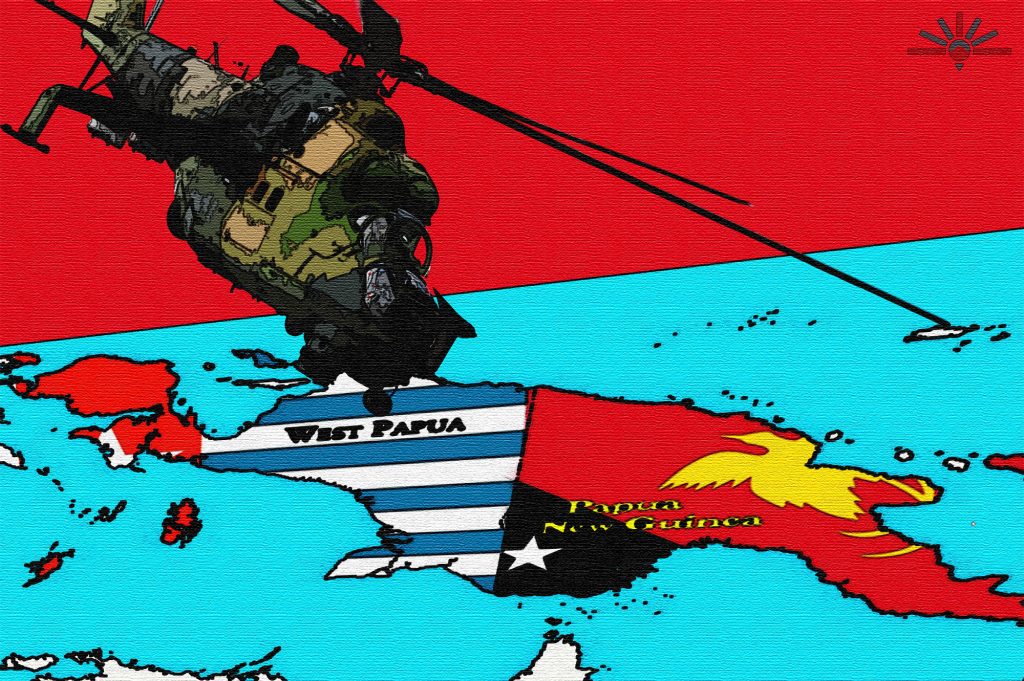