Full version of the critically acclaimed documentary Land of the Morning Star. 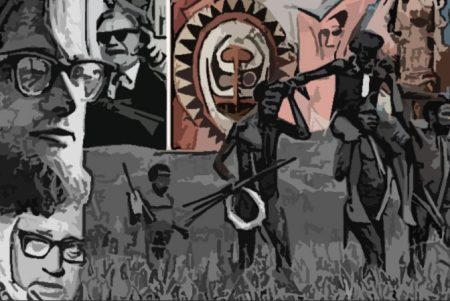 Made by Australian journalist Mark Worth, the film features rare archival film and eyewitness accounts. Worth spent much of his journalistic career reporting on the region before his sudden death in a hotel room in Jayapura shortly after this was broadcast on ABC in Australia in 2004.

Land of the Morning Star describes how for centuries the world has jostled for control of this rugged, isolated region, with its abundant natural resources and strategic position. It is an epic story of colonial ambitions, Cold-War sellouts and fervent nationalism.

The first outsiders to arrive were Macassans from the Malay Peninsula, looking for sandalwood, prized bird of paradise feathers and slaves. Next came Dutch explorers, traders, planters and missionaries.

When war came to the Pacific in 1941, the US chose Dutch New Guinea’s capital Hollandia as its base of operations against the Japanese. Half a million soldiers passed through Hollandia to fight some of the bloodiest battles of the Pacific war.

After the war, the Dutch reclaimed Papua, until US President John Kennedy persuaded them to hand over their colony to a newly independent Indonesia. Today, despite continuing Papuan resistance, Jakarta remains firmly in control.

Narrated by Rachel Griffiths, Land of the Morning Star explores the causes and realities of the troubles in a land just 100 kilometres to Australia’s north.

We use cookies to ensure that we give you the best experience on our website.
If you continue to use this site we will assume that you are happy with it.