Eyewitness View of Attack on the Papuan People’s Congress (above)

This is raw footage of Wednesday’s attack by the Indonesian military and police on the Third Papuan People’s Congress in Jayapura. The footage shows people dancing, soldiers closing in, and gun shots. The video was shot by several observers. The last sequence was shot while the camera person was hiding from gunfire. Police have now confirmed that five people were killed in the attack – human rights groups say it was more.

The congress was a peaceful assembly to discuss a future independent West Papuan nation, declaring Forkorus Yaboisembut the president and presenting some of its founding principles. Indonesian police and hired thugs brutally attacked the peaceful gathering killing several people and beating & imprisoning hundreds.

PLEASE NOTE: FOOTAGE FROM TIMECODE 04:59 – 05:43, OF PAPUAN GUERRILLAS FROM TPN/OPM RAISING THE MORNING STAR FLAG IS INDICATED AS FILE FOOTAGE FROM “FORGOTTEN BIRD OF PARADISE”, AND IS USED PURELY FOR HISTORICALLY ILLUSTRATIVE PURPOSES. THIS FOOTAGE WAS SHOT IN 2008 IN THE HIGHLANDS OF PAPUA AND DOES NOT INDICATE, IMPLY OR ILLUSTRATE ANY ARMED PRO-INDEPENDENCE PRESENCE AT THE THIRD PAPUAN PEOPLE’S CONGRESS, WHICH IS FACTUALLY CONFIRMED AS BEING A PEACEFUL, NON-VIOLENT ASSEMBLY, WITH NO WEAPONS OF ANY SORT PRESENT BEFORE, DURING, OR AFTER PROCEEDINGS, OTHER THAN WEAPONS USED AND BELONGING TO INDONESIAN SECURITY FORCES.
PUBLIC OR PRIVATE MISREPRESENTATION OF THIS FACT WILL BE CONSIDERED DEFAMATION AND LEGALLY ENFORCED.

Alarming video of Indonesian forces shooting, beating and kicking civilians at a peaceful rally in West Papua has emerged ahead of a US visit to the region.

Indonesian forces have raided a meeting of the Papuan independence movement, killing at least two of its members and arresting hundreds more. Rights group Amnesty International is asking the government to release the leaders, who have been charged with treason. Step Vaessen reports from Jakarta.

Some of the details from the attack

Anywhere between 300 and 800 activists arrested, most released
Core group of 5 in custody at least but could be more, all feared tortured:

Charges include treason, rebellion, crimes of hatred against the state. These are colonial laws left over from the Dutch era and they carry long sentences — in some cases up to 20 years. 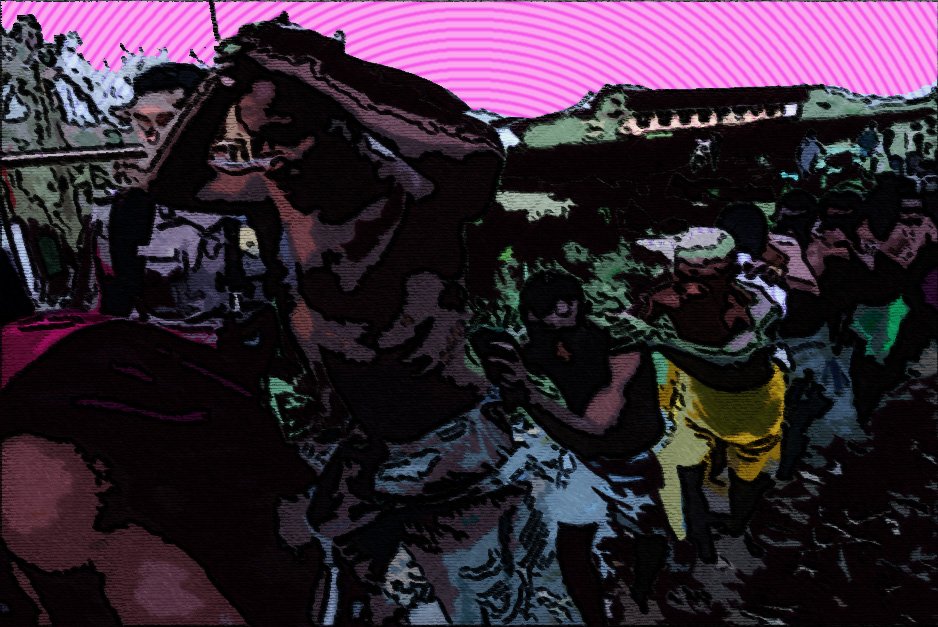 DFAT have confirmed four people are confirmed dead, activists claim six
People identified (all from Petapa or family of)