Report from Channel 4 News in the UK, on the horrific torture of West Papuan civilians by the Indonesian military. Over 400,000 innocent civilians have been killed by the Indonesian military in West Papua since the region was colonized by Indonesia in the early 1960s. Papuans are denied the right to freedom of speech, freedom of movement and freedom to determine their own futures.

The issue of Papuan independence has been thrown into the spotlight with the controversial death of an activist. Graphic mobile phone footage of Yawan Wayeni’s final moments shows Indonesian police officers taunting him as he lies dying from the gunshot wounds they had inflicted upon him.

Cellphone footage from March 2011 of Indonesian soldiers shooting at OPM members, then filming and photographing their corpses. Free Papua Organization (abbreviated OPM) is an indigenous organization founded in 1965 to promote West Papuan self-determination and secession from the Republic of Indonesia. 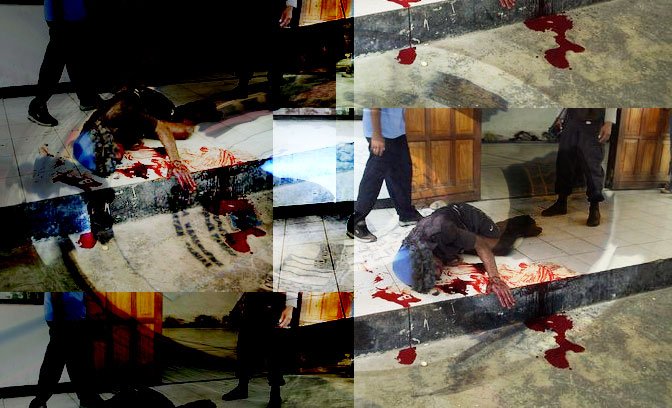